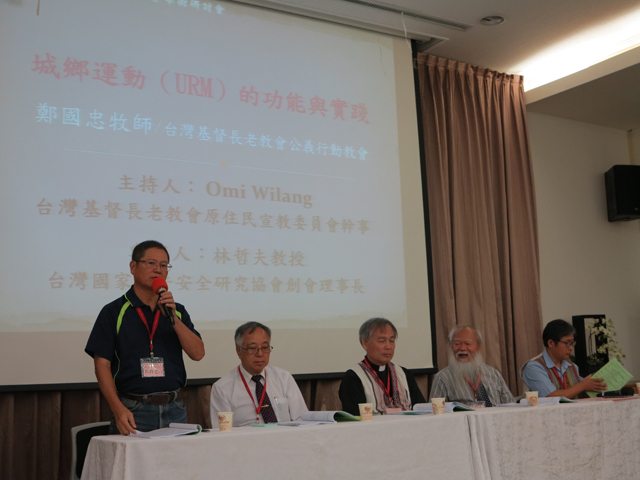 Make Taiwan No More Be Conquered

How to efficiently showcase Taiwan’s soft powers to strengthen her military defense and national security? This is a hot issue discussed in an academic seminar, entitled as “Make Taiwan no more be conquered: A demonstration of her soft powers” and jointly organized by PCT, Taiwan International Studies Association(TISA) and Taiwan National Defense Policy and Strategic Studies Association, inviting campaigners of civilian defense and scholars of strategics studies to share their thoughts in different fields of soft power for Taiwan’s security at East Gate Presbyterian Church in Taipei on August 26.

Giving the audience a sketch of what these soft powers were, Prof Albert Lin explained the major purpose and function of each soft power mentioned above: URM aims to train people with the capabilities to defend themselves in non-violence action; TPN is a set of methods for resolving the conflict; OST wishes to promote organizational reform and search common ground for society; CBD intends to implement in civilian society a systematic actions of non-violence against any invasion from outside or coup d’état from within.

As these non-violence actions are absolutely harmless and beneficial for people to unite together with consensus and deliver practical and efficient civilian-defense, over 70 participants of this seminar on soft power, mostly leaders at citizen movements or scholars in strategic studies and military defense, urged Taiwan society to implement and learn these techniques of social actions as early as possible to build up a Taiwan no more be conquered!