When Taiwan gets her historical best performance in the 18th Asian Games, listed as the 7th among 45 competing countries and awarded 17 gold medals, 19 silver and 31 copper, Taiwan’s church youth also do a great job winning gold medals in the contests of karate(under 50 kilograms) and mixed doubles soft tennis.

In a love feast after a Sunday service on September 2, Ms Gu shares the joy of winning a gold medal with church fellows. Rev Lumav, pastor of Chin-Yun Presbyterian Church, expresses that the success of Gu was actually full of challenges and hardships in the strict training and series of contests, especially she was raised up in a family of single-parent without a strong physical body. However, she deserves to be praised as “The Light of Bunin” because she use the gold medal to prove it, Rev Lumav says.

In an interview after winning gold, Mr Yu Kia-wen delivers his thanksgivings to God for granting him confidence and power during the competition. Rev Lin Chih-lang, Mr Yu’s confirmation pastor at Fish Pond Presbyterian Church, affirms Mr Yu’s pious faith as he always go to the church every Sunday with his parents during his training period for Asian Games.

In addition, Mr Yang Yong-wei, a church youth from Nan-Hsih tribe at Ping-tung, also gets a copper medal in Judo contest under 60 kilograms. He was once defeated in the semi-finals of the last 8 bidders, yet he returned back to an amazing victory after beating two competitors at last. 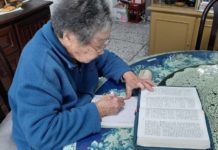 [3074] Centenarian Pastor marks birthday with words of encouragement for younger...

[3048]Aborigine leaders speak out on challenges facing their churches

[3076] Churches reach out to homeless during Lunar New Year holidays 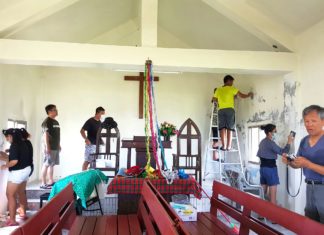