Chang Jung Senior High School celebrated its 125th anniversary on September 21, 2010, with a thanksgiving service. The school’s faculty, staffs, students, and alumni gathered together to thank God with songs of praise on that day.

The service also included an award ceremony to thank people who’d served the school  more than ten years and recognize five of its most distinguished alumni for their contributions to the community. Among the list of distinguished alumni was Rev. C.M. Kao, former General Secretary of PCT, who was awarded for his longstanding service.

Chang Jung’s partner schools in South Korea and Japan also sent their delegates to attend this service and celebrate this important milestone with the school.

During his address, Tainan Presbytery Moderator, Rev. Lin Ching-tao, thanked the school for training many youths and praised its hard work inraising up good students and furthering the gospel. “We’re not asking for a sea of students, but we’re asking for quality students,” he said. 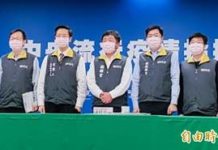 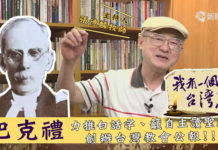 [3076] Churches reach out to homeless during Lunar New Year holidays

[3048]Aborigine leaders speak out on challenges facing their churches