A book about Hong Kong’s social movement of Lennon Wall, recording its accidental out-bursting from June up to date and yet still kept vandalized in the civilians protest opposing an notorious bill of extradition criminals to China, was launched at the Suan-Lien Presbyterian Church in Taipei on December 13, 2019.

Renown scholars, pastor and HK citizen, including Professor Lin Su-fen of Fu-Jen Catholic University, Professor Sun Pao-lin of Taiwan Theological Seminary and College, Rev Lin Kuo-chang and a citizen nicknamed Grandpa Lin from Hong Kong, were invited to witness the significant book launch and share their thoughts with the audience.

Professor Sun raised several concrete examples to explain how the Chinese government used lies to intimidate and marginalize Hong Kong. For example, it is always boasted by the Chinese government that had not the volume consumption delivered by the Chinese customers in the past two decades, HK economy had already collapsed for sure due to demand shortage. But the truth is that, Professor Sun said, the Chinese people could only buy the authentic milk powder(for baby), authentic gold and many more true goods in Hong Kong.

Grandpa Lin sincerely hoped this book intercepted with precious archived photographs could help the younger generation of Hong Kong to reflect, remember and learn the encouraging revolutionary stories raised from the brave HK people in the past six months.

Rev Lin Wei-lien, secretary of PCT Church and Society Committee, expressed PCT firm support of this meaningful publication. To inform Taiwan churches about Hong Kong’s sufferings and show PCT commitment in faith to love our neighbor, Rev Lin said, a series of book launch across Taiwan were not only arranged to show up at the local churches of Taipei, Taichung and Tainan from December 12 to 15, but many other rescue actions like fund-raising, resources collecting and long-term support in medicine, education, life-support and psychological consultation were also underway. 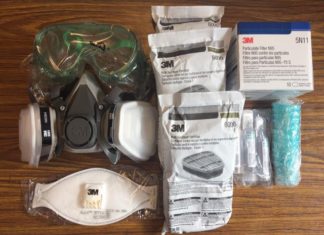