Reported by Lin Yi-yin at Taipei

On September 5, many renown civilian groups held a joint press conference, urging candidates of the incoming local elections, set to be held at November 26, sign up a pledge of No Surrender to China.

Rev Lin gave his grave concern that there were still minority people in Taiwan, deliberately overlooking China’s routine intimidation against Taiwan and brutal bloody oppression among Tibet, Uyghur and Hong Kong, playing the role like the Fifth Column for China to spread fake-news and hates speech to split Taiwan society. And this is why the candidates of the incoming local election were urged to sign up the pledge of No Surrender to China, said Rev Lin. 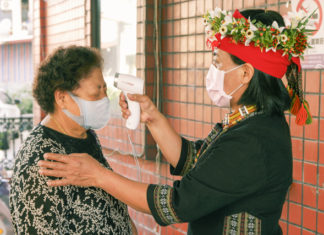