Since February 2017 the broadcasting of the educational program of Taiwan School, covering an encyclopedic knowledge and issues about Taiwan island, Formosa TV(FTV) has won a big applaud and recognition from Taiwan society.

“The targeted audience of this new program are those wishing to learn Taiwanese, yet not so fluent to speak or communicate in oral expressions”, according to Chen. This program of Taiwanese will be recorded and broadcast in 13 units through 3 ascending steps, Chen remarked, step I: to introduce some basic ideas about Taiwanese; step II: to show how Taiwanese is used in daily conversation; step III: some important usages or special grammar will be explained for the audience. This new program on Taiwanese is available in a Youtube search. 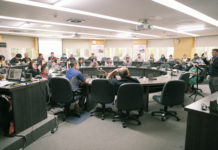 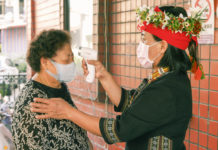 Seminar on “Reading the Bible with New Eyes” Held by Payuan...